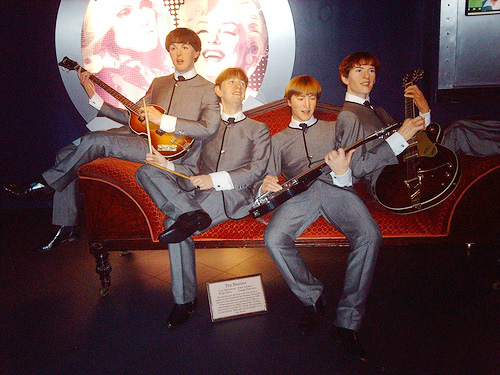 28 March In Blog by The Upbeat Beatles

In 1964, Madame Tussauds, London unveiled the wax works images of The Beatles – the first rock musicians ever to be immortalized by the famous London institute. The figures of the group were and are still constantly updated.
The wax figures of the Beatles, as well as ones of boxer Sonny Liston and movie star Diana Dors, borrowed from the museum, appear along the real Beatles on the cover of Sgt. Pepper’s Lonely Hearts Club Band.