21 October In Blog by Becci 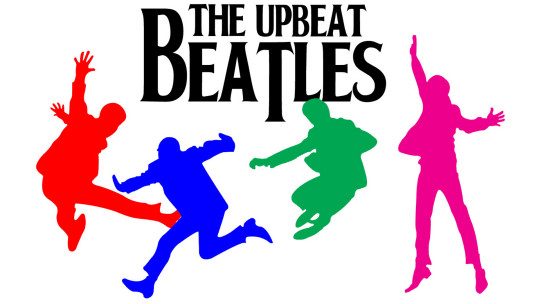 It’s hard to understand how anyone can’t like The Beatles. When told by someone that they don’t appreciate the music of Liverpool’s most famous sons I usually ask which era of the band? From the early rock ‘n’ roll influenced pop to the later psychedelic phase and on to the final rock masterpieces the band went through such an utter revolution and evolution of style and sound. These changes were perfectly captured by the superb Upbeat Beatles in a two hour show that managed to squeeze in forty career-spanning hits, lots of Scouse humour and four costume changes.

So much more than a tribute show, this was more like a theatrical experience that transported the audience back in time to those heady days in the sixties and captured the sights, sounds and atmosphere perfectly. The Princess Theatre was the ideal venue as it exuded a lovely warmth and the style of the halls that The Fab Four would have toured at the height of their early success. The four members of the band on Saturday embraced that atmosphere and truly worked their magic upon those present.

Being in a tribute band may mean going through the motions for some artists but for the four members of The Upbeat Beatles you could see nothing but passion and dedication in what they were doing. The musicianship and vocals were superb with harmonies so close to the originals that if you’d closed your eyes you could have sworn it was The Beatles themselves. Visually too it was a treat in not only the mannerisms of the individuals but also with the aforementioned costumes and a brilliant selection of films and images projected behind the band.

From the heady rush of opener ‘She Loves You’ through to the encore reprise of ‘Sergeant Pepper’ the set was packed with a cherry-picked selection of some of the ‘Mop Tops’ finest moments. With such a massive and well-loved repertoire you’re never going to please everyone as favourites will be left out but the song selection was well balanced and even included some Beatles oddities. Highlights were many with a particularly frenetic pairing of ‘Day Tripper’ and ‘Drive My Car’ and an absolutely beautiful rendering of the Harrison penned ‘Something’ proving outstanding. Hats off then to Roger Channing (John), Simon Blight (Paul), Colin Yates (George) and James Jordan (Ringo) as The Upbeat Beatles: four men who are superbly bringing Britain’s biggest and best band to stages again. 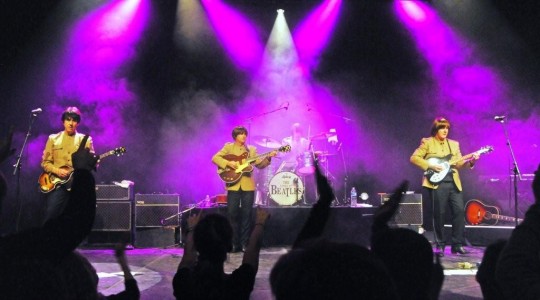